Subway is the world’s largest food chain. Since its inception in the US in the 1960s, it has become internationally renowned for it’s customisable submarine sandwiches and salads, and continues to go from strength to strength. With approximately 44,000 restaurants in over 100 countries, Subway has a workforce in excess of 410,000 people. Subway arrived in Britain in 1996, and it’s predicted that by 2020, there’ll be a total of 3,000 outlets across the UK and Ireland.

The challenge: Reaching an ever-growing workforce in order to drive sales of snacks

Crisps, nuts and snacks account for a significant proportion of Subway sales – in fact, an average purchase which includes snacks increases by £1.13. Furthermore, one in four sandwiches in Subway is currently bought with crisps and snacks, and 10 million packets of Walkers crisps are eaten in the UK every day. However, whether or not guests choose to make a snack purchase is affected by the positioning of the crisp stand in-store, the variety on offer, and how these items are displayed.

Subway realised it was key for employees to understand the importance of snack sales, and wanted to provide them with training that was fast, effective and engaging.

With a relatively small – albeit impactful – piece of training such as this, it can prove logistically difficult to interweave its delivery into day-to-day in-store operations, and even more difficult to track staff participation.

An eLearning solution would ensure that all employees could be trained at a convenient time, and completion of it could automatically be tracked to avoid anyone ‘slipping through the net’.

Because the level of knowledge required on the topic varied according to the employee’s job role, Subway needed two versions of the same training: one for managers and one for sandwich artists.

The right support and tools

One key point to convey was that customers would be more likely to buy crisps and snacks if they were in their view prior to making payment – positioning them at the start of the till, along the purse rail or on the counter top directly before the till increases sales by 71%, 35% and 25% respectively. In order to make learning this immersive and memorable, we engaged our animation team, who produced a series of animations based around the theme of ‘Groundhog Day’. By watching different versions of the customer journey – which were determined by the learner’s choice of location for the crisp stand – learners would be able to visualise the impact of their choice of stand location.

Subway chose ‘Articulate Rise‘ for the development of their course, which would enable seamless integration within their existing LMS, trackable completion and exceptional accessibility across a range of devices. To increase the level of interactivity, some elements were created in ‘Storyline 360‘ and embedded within the package to provide a fully immersive learner experience. For instance, by using authentic drag and drop interactions, correct placement of crisps and snacks could become more than an abstract concept.

Feedback has been highly positive, and the organisation is keen to add to their online training provision. 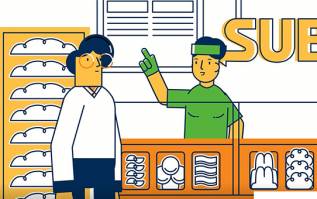 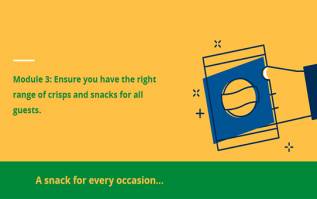 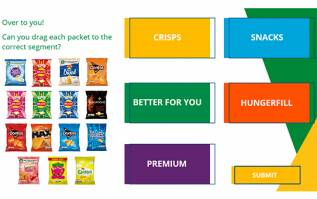 I wanted to just thank you and congratulate you on the work so far. I’ve had a quick look around the platform and I’m very happy with it, I think it looks great.

We were delighted with the creative interpretation of our content, and we had our first course module ready to use within just a few days. We look forward to seeing our next training course come to life in partnership with Red Mirror!